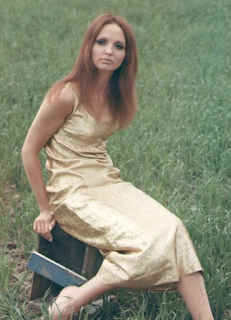 Reet Jurvetson, who grew up at 4545 Royal Ave. in Montreal's west end NDG district has been positively identified through DNA testing as Jane Doe 59, the unidentified murder victim found stabbed dead 150 times in Laurel Canyon, Los Angeles in 1969.
Jurvetson was a popular figure from Westhill's Class of 67, who attended the Estonian church on Marcil Ave, where she made many friends who raved about her many talents, as she scored straight As without studying much. She was also a gifted illustrator and seamstress.
"She was funny, she loved practical jokes and was a dynamic person,"  her longtime friend Ilmi Siimann told Coolopolis. 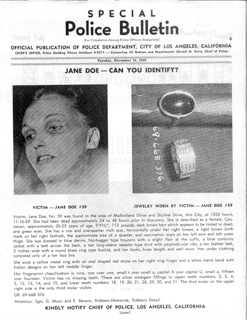 Jurvetson dreamed of going to California and said she might hitch-hike there, a common practice at the time. Friends talked her out of it, citing its dangers.
She went to Toronto where she stayed with her grandmother while modeling part time and working at the post office.
Eventually she saved enough money to fly to Los Angeles where she stayed with her boyfriend Jean, who she had met at Cafe Prag on Bishop Street.
Jean bore a likeness to rock star Jim Morrison, who Jurvetson greatly admired.
Little else is known about Jean or another friend also named Jean, at whose place the two stayed for two weeks.
Los Angeles Cold Case Squad Detective Luis Rivera has visited Montreal in an attempt to locate people who might be able to identify the two Jeans.
One tip has it that longtime Old Montreal street musician Paul "Gypsy" Robert was acquainted with the two and might be able to provide the last names of Jean and Jean. 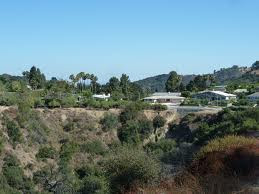 Jurvetson was stabbed 150 times and found on 19 November 1969 in the bushes near Mulholland Drive and Skyline Drive in Los Angeles.
There was no way to identify the body, as she had no identification on her and the family had never thought of reporting her missing, even though they mourned her absence profoundly. 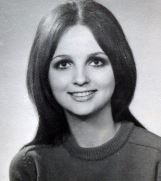 "Made in Canada" tags on her clothing led detectives to suspect that the unidentified victim might be Canadian. An autopsy found coal dust in her lungs but no evidence of smog, which indicated that she was new to Los Angeles. 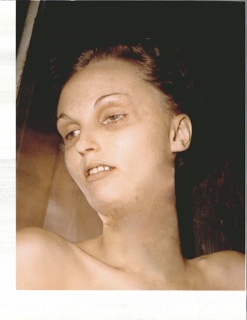 Some suspect Jurvetson was a victim of the Manson Family murder cult, which was responsible for the murder of actress Sharon Tate, to whom Jurvetson bore a great resemblance.
Tate was killed two months before Jurvetson's body was found, as the gang committed the grisly murder on August 9 and then following up the next night by killing Leno LaBianca and his wife Rosemary. 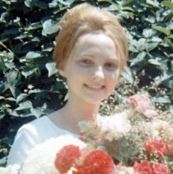 Vincent Bugliosi's Helter Skelter speculates that Jane Doe 59 - now known to be Jurvetson-  might have been killed for witnessing the murder of John Philip "Zero" Haught who supposedly died playing Russian roulette at the Spahn Ranch.
The excessive nature of the killing indicates, however, that Jurvetson was killed in a crime of passion.

Her parents were greatly distressed by their daughter's mysterious disappearance and have long since passed on. Her sister, who still lives in Quebec, has asked that her privacy be respected.
The 47-year mystery was solved when Jurvetson's longtime friend Gloria Lalonde told her brother about her long-disappeared friend. He poked around the internet where he came up with the photo of Jane Doe 59.
Lalonde asked a mutual friend in Vancouver whether the victim seen in the photo could be Jurvetson. That woman, in turn, contacted Siimann, who felt strongly that it was her longtime childhood friend Reet Jurvetson.
Siimann passed the tip on to Los Angeles police who eventually confirmed that the victim was Jurvetson through DNA testing.